After several years of low or no organic growth, many top executives have come to realize that mergers and acquisitions may be the best, or only, strategy to realize meaningful growth and/or meet shareholder expectations. More than half of upper mid-market current or likely buyers say they are more confident today than in the past that growth through outside investment is an appropriate strategy for their company. In 2016, growth through outside investment appears to be the strategy of choice, much more so than in recent years.

Although only one in ten mid-market firms are currently involved in the selling process, more than twice that number say they are open to doing so over the next 12 months. This suggests that decision makers are beginning to see the current market as “good enough” if not the optimal time to sell. This, in conjunction with reported concerns about the possible negative impact of global economic volatility, as well as rising interest rates in the United States, is a strong motivator to get deals done before the current window of opportunity narrows.

Buyers and sellers are on the same level in terms of how they utilize third party advisors. Valuation is the number one reason, followed by opportunity assessment and due diligence.

With the gap narrowing between mid-market buyers and sellers in 2016, partnering with the right financial intermediaries can facilitate successful M&A transactions. That is the opportunity that 2016 brings to the mid-market. 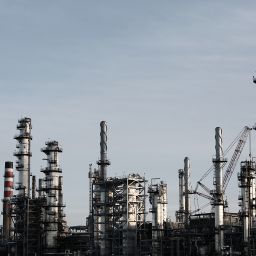